There was a legendary character in the world of South African retail by the name of Ernst Loebenberg. He would scour the stores of Woolworths for men’s size sixteen and a half white collared shirts, and his neatly pressed white glove would leak the secrets of any residual dust on the shelves. Dirt was just another piece of valuable information to this fastidious shopkeeper, and as each speck was unshelved by the white fibres of his glove, he would never miss the opportunity to gather insights from his stakeholders. No one was left without a greeting and questions continually flowed, merging together around one single purpose.

Born in 1920, living through the Great Depression and then fleeing Germany and the Nazi regime, he arrived in South Africa as a young Jewish teenager. Maybe he developed this ability to pay such close attention to detail because of his background, but perhaps he already had it, and it allowed him to survive in his VUCA world of Volatility, Uncertainty, Complexity and Ambiguity. Sometimes we think these acronyms are recent constructs of our modern world when perhaps they have been around long before David took detailed aim at his Goliathon challenge.

A journey such as this picks up some stories along the way, and Ernst, or Mr. Loebenberg, as even his superiors would often call him, had a book full of these. On one occasion, he dropped off a pie and a drink with his driver Fred, and asked him to wait while he popped back into the Woolworths store from which he had brought it. Being more than a little peckish at the time, Fred tucked into the pie with great relish and was glowing in the spontaneous generosity of his Uber Boss when Mr. Loebenberg bustled back, hunched into the wind of an Adderley Street Cape Doctor and issued Fred with an instruction.

He was to please take this pie to the laboratory to get it checked. A customer had complained that it was off. With the pastry still fresh on his lips, Fred told the truth with chicken scented breath as he knew that this man would follow up on the results of the food test.

There is not much more to this story, as not much more was said between the Director and the Driver as both travelled in trepidation as to what might happen next. Some loose assumptions had led to some tight muscles, but thankfully Fred’s job remained as secure as his bowel. Mr. Loebenberg loved the Truth, and he would search for it in people as much as he found it in counting exactly thirteen stitches to the inch in his garments.

Long after his retirement and many years after his death in 2002, The Seeing Eye is a phrase repeated often in the board rooms and training centers of Woolworths.

It was Helen Keller who commented: “The only thing worse than being blind is having sight but no vision.”

This author, lecturer and political activist was the first blind and deaf person to earn a Bachelor of Arts degree, and she makes a strong point about sight and vision.

Sight is seeing what is. Vision is questioning what could be.

Sight is the tree in front of you. Vision is the low cut with an open blade 4 iron around the tree to the green. Reality vs possibility, and possibility needs a seeing eye.

Maybe this seeing eye exists in every field of awareness?

Good accountants will see a decimal point in a minefield of numbers, and a great tracker will see the mark of a lightly dragged quill of a porcupine. A caring teacher picks up on a slightly off colour scholar, and a wide awake fielder twists impossibly in midair and throws down the stumps at the wrong end to alter the course of a five day test in the blink of his seeing eye.

My sight stops at a brick wall, whereas a great designer envisions the spaces and potential beyond the walls. I see plaster, she sees possibility.

In all walks of life we park our cars out of routine in the places where we have always parked them, and it sometimes takes a new delegate with fresh eyes to gently comment that perhaps it spoils the view.

When the seeing eye is opened, cars are moved quickly.

It happened to be in a car park in the city of Johannesburg where I received my latest lesson in this remarkable ability we all have, and it left me wondering how often I engage this ability. How many times do I suffer the scotoma of a missed opportunity, or a silent cry for attention from my children?

Too often for sure, but back to the Dunkeld parking lot for now.

My wife and I needed to swap cars and we met in the bustling center of the Dunkeld shops just off Jan Smuts avenue. She had arrived earlier for a hair treatment, and I met her an hour later, whilst still covered in tin foil and resembling a modern day Christmas tree decoration. We exchanged keys, I left her to her magazines and Whatsapp groups and I walked towards her car. No sooner had I opened the doors with the remote, did a very polite question stop me in my tracks.

In an hour on a Saturday morning in Dunkeld, there is a massive turnover of cars. It is bustling, and in amongst it all stands a car guard who has noticed that the person who parked this car is not the same as the one taking it away.

Christian Kabwe has made it all the way from the DRC to the Dunkeld parking lot, and he has quite a story to tell. He has more computer literacy than many of our current government ministers are literate full stop. He is a mechanical designer and draughtsman who has also lectured in mathematics, thermal engines and hydro-pneumatic transmission whatever that is, and he loves classical music.

Christian also has only one eye.

But he sees more with that eye than most of us do with two. 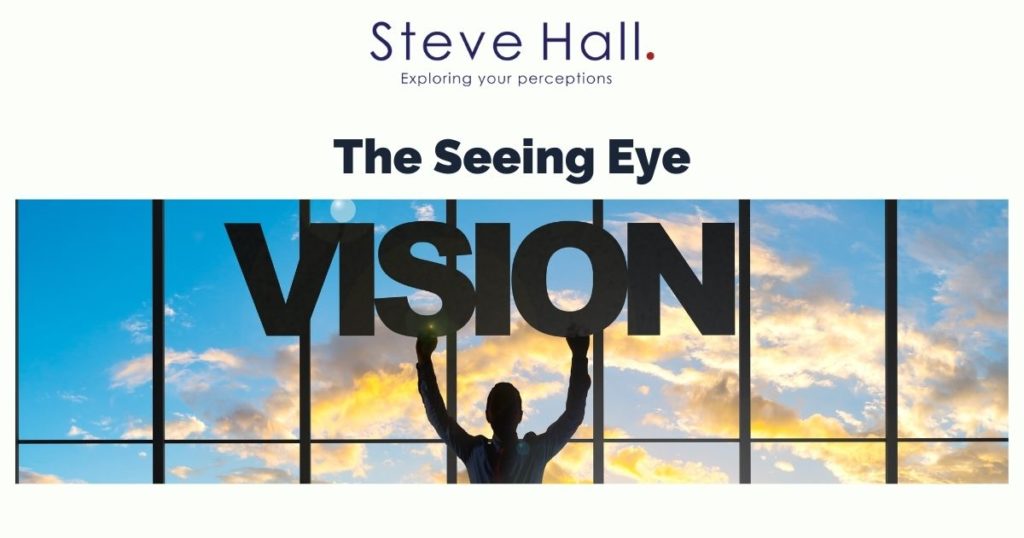